Hippolyte Bouigue and his perfect retreat from the world ...

From the land of Intendance, Frangipani and Flamboyant trees, this is a story of a family's real estate passion project. It is called « Anbalaba », but it could also be called the perfect retreat.

"En bas, la-bàs", in Baie du Cap, in Mauritius’ authentic, wild south... as he speaks, Hippolyte Bouigue gestures outward, suggesting a scope that extends beyond the horizon. When the weather is at its most perfect, it is in fact possible to glimpse Reunion Island from Baie du Cap. Hippolyte Bouigue is talking about the real estate project he is developing here. A village consisting of villas, houses and apartments, on land overlooking the local hamlet, set on the flanks of a hill. In Mauritius, the siren song of tourism has long been sung by promoters – a song of sunsets and picture-perfect lagoons. But those who intone it sometimes lack compassion. The Bouigue family, for their part, have a clear philosophy when it comes to real estate.

Hippolyte’s father first became enamoured with the island in 1976. He settled here, to understand it, to really love it, before daring to build upon it. Then there was Cecilia, his daughter, who tired of accounting and dreamt of farming essential oils in South Africa. Her father said yes to his daughter’s imagination, yes to the essential oils farm, but wanted to create it in Mauritius. Father and daughter meet with landowners to settle on the perfect location. Having knocked on the door of the Saint Felix Estate, the young girl falls in love. It happens in the blink of an eye when your heart is in the right place. Cecilia gets married. The ties become permanent. The idea of an essential oils farm fades away, but her father realises that real estate development offers myriad possibilities in Mauritius. He purchases 15 hectares of sloping land overlooking the sea and sunset. Anbalaba is slated to emerge from here, one day, soon. But when, how?

Hippolyte, the son and brother, joins the fray. He looks like a banker – he has been, in another life. He could be a promoter – perhaps he is. It’s easy to imagine him as a kitesurfer, an entrepreneur, someone who loves a challenge – it’s hard to tell. But his voice is too frank and open, his gaze reveals too many good intentions, for him to be a cut and dried businessman. Of course, the issue at hand is a real estate project. But far be it for him to smash up the landscape by setting his villas on the crest of the hill and scattering houses and apartments over its slopes, leaving the local population with broken-open scenery and helicopters circling overhead.

No, what he intends to do, right here in Baie du Cap, is to create a harmonious village and breathe life into the entire south of the island. Beyond the enclave of the luxury real estate development, he is creating a landscape that brings together both the Baie du Cap villagers of and the inhabitants of Anbalaba. This inclusive mixed-use space, home to shops and restaurants, must become a regional hotspot. The idea of creating cultural and sporting events excites him. Everything is a matter of punctuation to him. It will require endurance, but he has the appetite. He also plans to create a foundation, to help people improve their quality of life. It will provide vocational training for local workers. When flyers explaining the Anbalaba project were distributed to Baie du Cap’s inhabitants in February, Hippolyte Bouigue received CVs, ideas, requests. One lady asked him to create a preschool. Another suggested a library. Every idea is carefully considered – nothing is impossible. An accountant from the village was hired onto the team. People who today spend twenty minutes travelling to La Gaulette or Chemin Grenier to shop for food will have a supermarket on their doorstep. 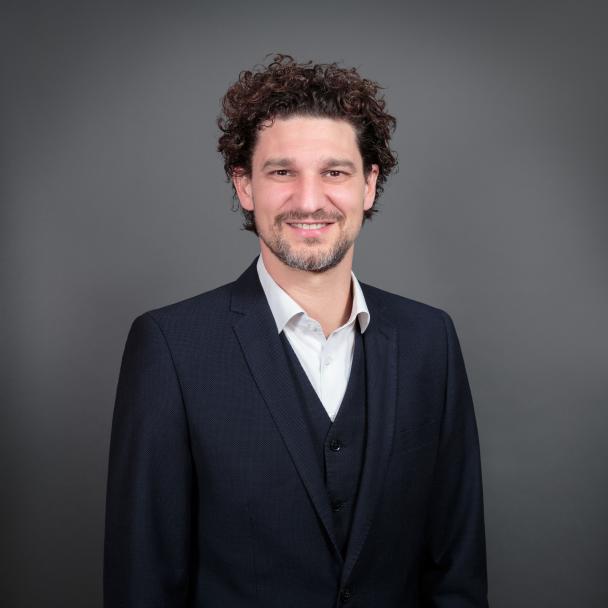 ... on a quest to improve the Baie du Cap football team, to create “Green Missions” to clean up the beach from time to time… The key is not to count the pennies, but to work with and rely on others. As if to illustrate this, Hippolyte Bouigue hates dashes; he prefers hyphens. Clearly, he is breaking new ground in the world of promoters. Real estate projects sometimes do have a soul. And promoters don’t necessarily have dollar signs for eyes. Sometimes they fall in love with a gaze, a landscape, a soul, an attitude. Their enthusiasm allows them to lay the seeds of incredible new projects…which take root and rise towards the heavens, as proof of their good faith.